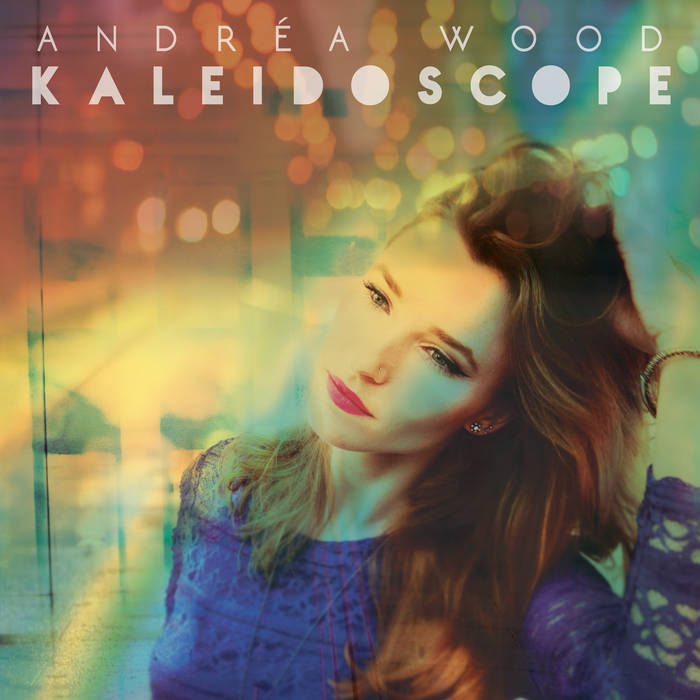 "If ever there was a vocal jazz album for the new millennium, Kaleidoscope is it. Andréa Wood’s second leader date serves as a prime showcase for her composing and arranging skills. She embodies every song—her own and standard alike—with organic precision and totality, her voice birdlike yet robust enough to carry its own weight in a sometimes-cruel world. Such commitment to the tune is paramount in her artistic approach, while allowing the freedom of expression that is her trademark. Foregoing the unnecessary ornaments of many a jazz tourist, Andréa proves herself to be the real deal with not only technical prowess but, more importantly, an abiding tastefulness of delivery. She is a distinctly melodic performer and allows herself to be taken wherever the song wants, and needs, to go.

Andréa’s originals on Kaleidoscope are characterized by a groovy undercurrent, often building gradually from an introductory motif, as in the opener “Intuition.” Alongside her lithe voice, the reed work of guest tenorist Donny McCaslin comes across as angular yet buoyant, setting up gorgeous backing vocals that lift her even higher. Andréa then turns the emotional tables for the heartbreaking “Arabesque of Love & Loss,” a song inspired by her great uncle, who died shortly after she recorded it, just shy of his 102nd birthday. His story solidifies a running theme, balancing tragedy and the simple beauty of day-to-day living. This song segues into the first of the album’s two interludes, both the fruits of her collaboration with brother Nick Wood, and which weave samples of Andréa’s singing into a hip-hop mix. Where the first diffuses the emotional power we have just experienced, the second is a more ambient and subterranean affair, and follows Andréa’s nocturnal take on “Nature Boy.” Made famous by Nat King Cole, this standard is given a younger sheen. Other takes on the tried and true include a nostalgic rendition of Bob Marley’s “Three Little Birds,” an urgent and heartfelt “You and I” (Stevie Wonder), and, in a stroke of genius, a daring recalibration of Carly Rae Jepsen’s pop candy “Call Me Maybe.”

But the album finishes as it began, with Andréa’s originals taking center stage. Whether leaping through the Brazilian groove of “Take a Chance” or taking pleasure in “The Little Things,” she checks off every item of her genuinely eclectic interests, all leading up to the album’s bonus track, “DooWop.” With her brother on the mic and a Groove Theory-esque backbone to boot, the song takes jazz into the future even as it waters the roots. This leaves the title track, “Kaleidoscope (Fall in Place),” which is Andréa’s crowning achievement in self-expression. With sultry energy, she puts her all into this love-affirming gem. It also showcases the talents of her attuned band, all of them classmates from the Manhattan School of Music. Keyboardist Angelo Di Loreto (New York), guitarist Olli Hirvonen (Finland), bassist Ethan O’Reilly (New Jersey), and drummer Philippe Lemm (Netherlands) converse through their instruments as friends do: openly and with plenty of judgment to spare. All of this comes together under the guiding hand of Andrew Sheron, who mixed the record and buffed it to a shine."


Music and lyrics by Andréa Wood except:

Bandcamp Daily  your guide to the world of Bandcamp